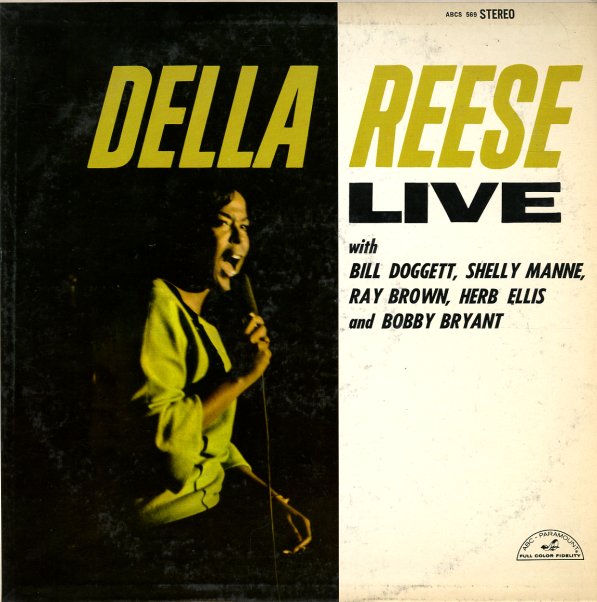 One of Della Reese's greatest records – and a unique little session cut "live in the studio" before a very appreciative crowd! Bobby Bryant wrote out some very hip charts for the session, and they're made even better by organ work by Bill Doggett and piano lines by Gerald Wiggins – both of whom are in Della's group on the record. The whole thing's got a very nice groovy feel – similar to some of the best pop jazz coming out of LA at the time – and titles include "Gotta Travel On", "Girl Talk", "Driftin Blues", "Good Morning Blues", and "Detour Ahead".  © 1996-2022, Dusty Groove, Inc.
(80s UK pressing on Jasmine.)

Della On Stage
RCA, 1962. Near Mint-
LP...$4.99
Della swings it hard this live set from the 60s – with backing from John Cotter, in a style that's jazzy, bouncy, and swinging! Even the mellower tracks are done in a tightly snapping style that's every bit the best approach that Della brought to vocals – a bit of soul in the ... LP, Vinyl record album

Black Is Beautiful
Avco, Early 70s. Near Mint- Gatefold
LP...$11.99
A pretty darn hip album from Della Reese – certainly her funkiest, with a strong mixture of soul and jazz that reminds us a lot of some of the Esther Philips albums on Kudu. Arrangements are by Peter Myers and Bobby Bryant, with "sweetening arrangements" by Sammy Lowe, who we ... LP, Vinyl record album