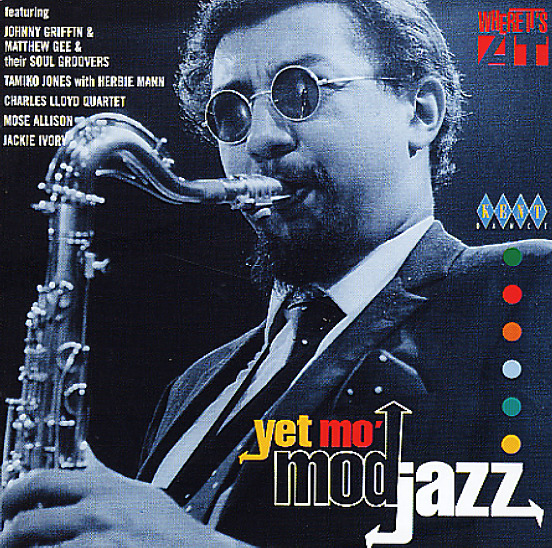 A great mix of funky jazz, jazzy funk, and funky soul – all pulled from the Atlantic catalog of the 60s, and including some very tasty numbers that were only ever issued as funky 45s! The set's one of the nicest in the great Mod Jazz series on Ace, and it's the only one to feature Atlantic material, which rarely ever gets the same funky treatment as other labels from the 60s. Titles include "The Sidewinder" by Tamiko Jones & Herbie Mann, "Do It To Death" by Jackie Ivory, "Jet Set" by Dave Pike, "Fever" by Esther Phillips, "Jam Up Twist" by Tommy Ridgely, "Sticks & Stones (part 1)" by Gene Ludwig, "Bloodshot" by Hubert Laws, "Sombrero Sam" by Charles Lloyd, "The Foolkiller" by Mose Allison, "One Note Samba" by MJQ & Laurindo Almeida, "It's A Funky Thing – Right On (part 1)" by Herbie Mann, "Watermelon Man Ska" by Byron Lee & The Dragonaires, "Trese Lobos" by Mark III Trio, "You're The Boss" by LaVern Baker & Jimmy Ricks, "Burnin Coal" by Les McCann, and "Twist City" by Matthew Gee & Johnny Griffin. 26 cuts in all – and like finding a jukebox that's lain dormant in a jazz lounge for 30 years!  © 1996-2023, Dusty Groove, Inc.

Fame Studios Story – Home Of The Muscle Shoals Sound (3CD set)
Fame/Kent (UK), 1960s/Early 70s. New Copy 3CD
CD...$22.99 34.99
Genius work from one of the greatest Southern Soul studios ever – Muscle Shoals' legendary Fame Studios – the start of a huge wave of great music in the 60s, and a genre-changing sound that's still going strong today! The package is the best we've ever seen to look at Fame – not ... CD