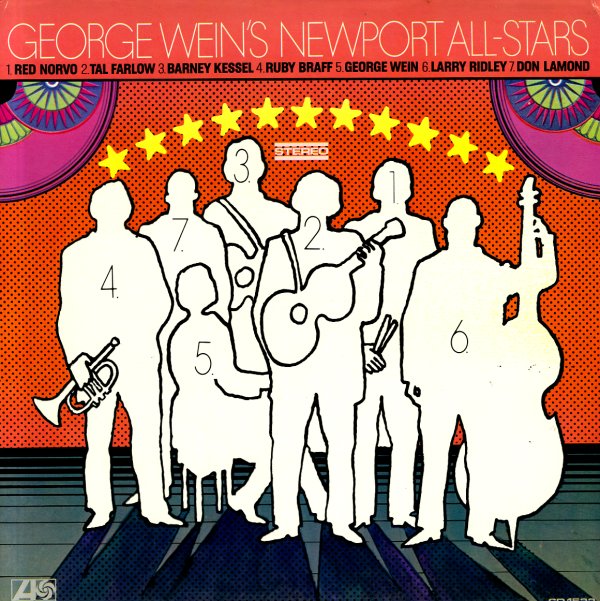 Although the name of George Wein is usually associated with some super un-hip trad jazz projects, this album's actually a pretty cool batch of grooves that matches Wein's older jazz tendencies with some newer styles of playing – and some good electric instrumentation on the best cuts. The album's got a super-nice version of "Sunny", plus "Blue Boy", "In A Little Spanish Town", "Topsy", and "Ja Da" – and believe it or not, Wein even plays some electric piano! Players include Red Norvo, Tal Farlow, Larry Ridley, and Barney Kessel.  © 1996-2020, Dusty Groove, Inc.
(Red & green Broadway label pressing. Cover has a cutout notch.)