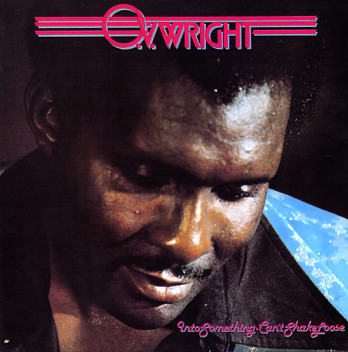 A stone killer from OV Wright – a record that's got all the raw, deeply soulful vocals we love in his early work – mixed with some wicked 70s Hi Records production from Willie Mitchell! Imagine an Al Green record, but with rawer vocals, and you've got a good idea of the feel of this one – a perfect setting for OV's massive talent, and a great way for him to reach out to a wider audience too! The sound is impeccable – about as classic as you can get for Hi – and titles include a number of great Willie Mitchell originals – including "I Feel Love Growin", "The Time We Have", and "You Gotta Have Love". The set also includes a nice version of "Trying To Live My Life Without You", too!  © 1996-2021, Dusty Groove, Inc.
(Cover has a split top seam held with clear tape, some splitting on the bottom seam, and light surface wear.)

Steppin
Blue Thumb, 1975. Very Good-
LP...$7.99
The title and cover are very appropriate for this one – because there's a wickedly stepping groove to the set – one that makes the album the group's funkiest ever! Forget any thoughts you may have about The Pointer Sisters, or the cliches that later came to mar their career – ... LP, Vinyl record album