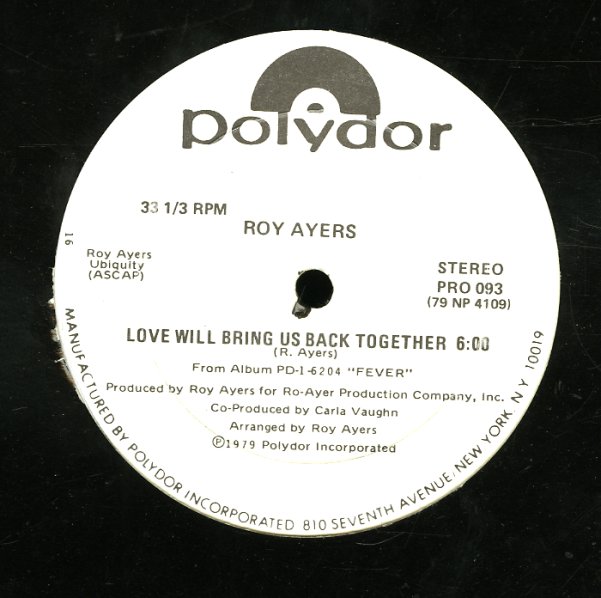 Love Will Bring Us Back Together (double a-side single)

A wonderful club cut from Roy Ayers! The track has a groovy jazz kick to it – with a similar feel to Roy's heavily sampled "Running Away", which was cut right around the same time. This one has an even better hook, though – with some great soulful vocals by Roy!  © 1996-2022, Dusty Groove, Inc.
(White label promo in a Polydor sleeve. Labels have a spot of pen.)