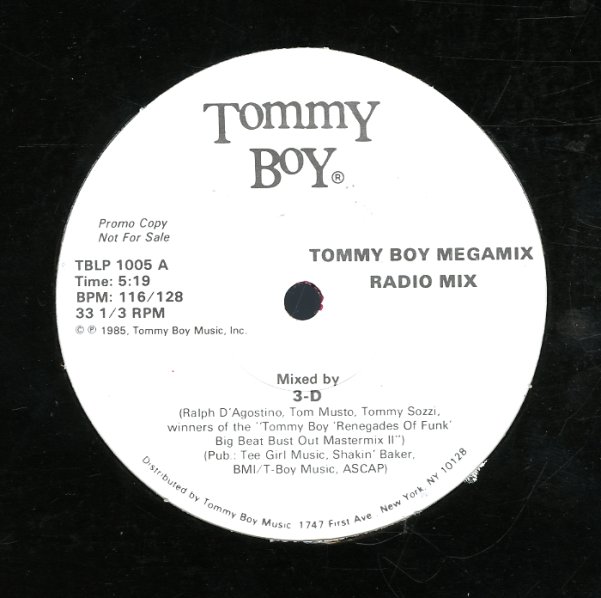 Rare promo only 12", with three different mega mixes of Tommy Boy's best from the early days, with 3D (Ralph D'Agostino, Tommy Musto and Tommy Sozzi) dropping bits of "Renegades Of Funk", "Play That Beat", "Looking For The Perfect Beat" and more in a continuous mix of electro classics.  © 1996-2022, Dusty Groove, Inc.
(Black vinyl promo in a Tommy Boy sleeve. Beginning of each side has light surface noise for just a few spins.)

Fresh Commandments/My Fila/Dub Commandments (dub)/Fila Beat (inst)
Tommy Boy, 1986. Near Mint-
12-inch...$1.99
Fresh Commandments for 1980's MC's, like "Thou shall not wear fake Gazelles!", over Whodini-style production complete with vo-coder. My Fila is a take-off of My Addidas, featuring The Jaz. 12-inch, Vinyl record