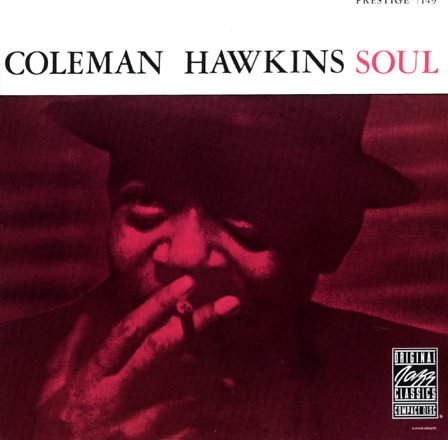 An excellent session! The record's filled with soul, emotion, and most of all, a hell of a lot of creativity – enough to show that Coleman Hawkins was still a great force to be reckoned with, even when labels were sticking him into loose blowing sessions like this! The group features Kenny Burell on guitar and Ray Bryant on piano – by Hawkins dominates with his solos, dark-edged washes of soul and sound that grab you by the gut and keep you listening throughout. Titles include "Soul Blues", "Groovin", "Sweetnin", and "Sunday Mornin".  © 1996-2020, Dusty Groove, Inc.
(OJC pressing.)