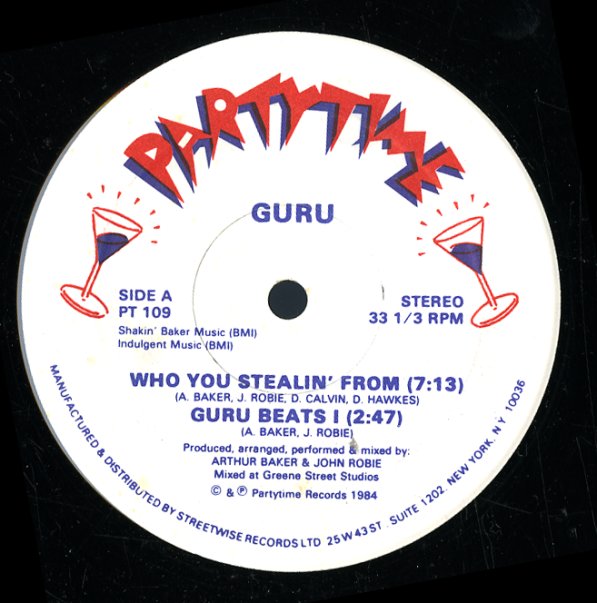 Who You Stealin' From/Guru Beats (I, II)/Who You Dubbin' From

(Promo in a Party Time sleeve.)