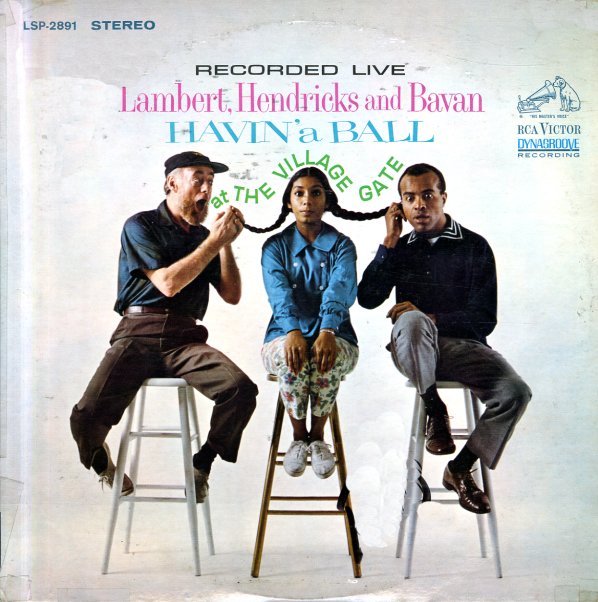 Havin' A Ball – At The Village Gate

Groovy groovy vocalese – featuring the group formed by Dave Lambert and Jon Hendricks after they were deserted by Annie Ross. Yolanda Bavan takes over Ross' vocals, and the trio do a lively batch of vocal tracks with some excellent interplay on the vocal lines. The set features backing by Gildo Mahones, and a few of the usual Basie-type tunes – but there's also some newer hipper stuff on the set, like "Days Of Wine And Roses", "Nothin For Nothin", "With Er Ead Tucked Underneath Er Arm", and the soulful "I Wonder What's Become Of Sally".  © 1996-2022, Dusty Groove, Inc.
(Stereo Dynagroove pressing with deep groove. Cover has some ringwear, aging, and light staining.)