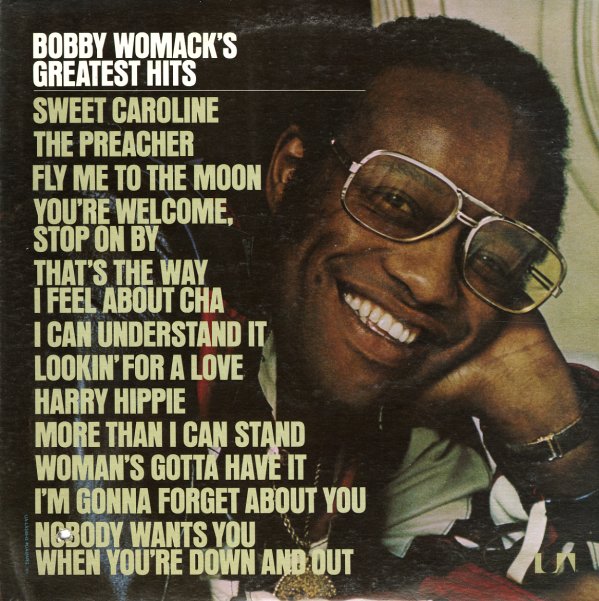 Bobby's so great, it's hard to fit all of his good stuff on one LP – but this set does a pretty darn good job, and includes 12 tracks from his legendary years on United Artists! Hearing this set, we're stunned to realize just how many great tracks Bobby turned out over the years – especially because there's a few nice ones on here we forgot that he even did. Titles include "Harry Hippie", "You're Welcome, Stop On By", "Sweet Caroline", "That's The Way I Feel About Cha", "More Than I Can Stand", "I Can Understand It", "Lookin For A Love", and "Woman's Gotta Have It".  © 1996-2022, Dusty Groove, Inc.
(Cover has light wear and a small split in the top seam.)