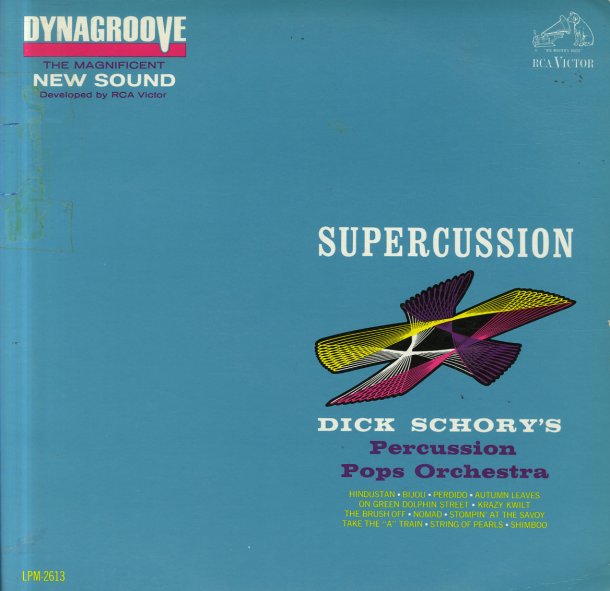 Percussion-heavy bachelor pad music from the great Dick Schory – working here with his "Percussion Pops Orchestra" – and recorded with RCA's legendary Dynagroove sound! The music is plenty darn dynamic – and titles include "Krazy Kwilt", "The Brush Off", "Shimboo", "Hindustan", and "On Green Dolphin Street".  © 1996-2021, Dusty Groove, Inc.
(Stereo Dynagroove pressing with deep groove. Cover has a small sticker spot on the back.)