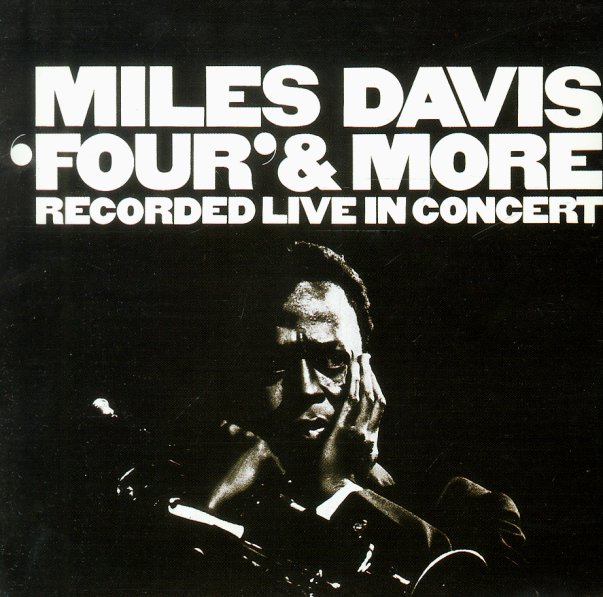 Breakneck live work from Miles Davis – and proof that his famous 60s quintet wasn't only just about mellow and spacious sounds! The set was recorded at the same concert as the album My Funny Valentine – and while that one's mostly ballads, this one's mostly high tempo numbers that skip along with incredible ease – crackling with modern touches on the rhythm from Herbie Hancock, Ron Carter, and Tony Williams – and featuring some really excellent work by George Coleman on tenor sax! Titles include "Four", "So What", "Joshua", and "Seven Steps To Heaven".  © 1996-2022, Dusty Groove, Inc.
(360 Sound stereo pressing with white text – 1B/1B. Cover has ringwear, edge wear, discoloration from age, half split seams, and some stains in back.)

Miles In Tokyo
CBS (Japan), 1964. Near Mint-
LP...$34.99
Miles Davis' first-ever performance in Japan – a really unique concert that featured the quintet with Herbie Hancock, Ron Carter, and Tony Williams – augmented by a young Sam Rivers on tenor! The presence of Rivers really gives the set an edge – and although Miles is holding Sam ... LP, Vinyl record album

Sketches Of Spain
Columbia, 1960. Very Good+
LP...$29.99
A beautiful collaboration between Miles Davis and the great Gil Evans – and perhaps the most perfectly realized of all their projects! The album's got a wonderfully unified feel – as it begins with long compositions that have a distinct Spanish-tinge (and not a Latin-tinge, which is an ... LP, Vinyl record album