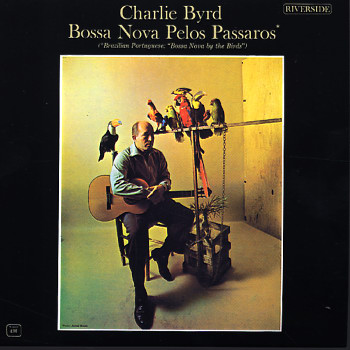 Guitarist Charlie Byrd was one of the first American players to record bossa nova tunes – but although his work with Stan Getz has always been well-documented, some of the titles under his own name can be quite hard to come by. This is one of the best ones that Charlie cut on his own – and it features tight guitar work in a mode that's similar to that used by Baden Powell on his early bossa recordings, augmented by trio rhythms – plus some occasional larger backings by Walter Raim, and some extended group settings that feature Charlie Hampton on alto, Earl Swope on trombone, and Willie Rodriguez on percussion. Tracks include "Ho Ba La La", "Samba Triste", "Yvone", "O Barquinho", "Un Abraco Do Bonfa", and "O Passaro".  © 1996-2021, Dusty Groove, Inc.
(Blue label Bill Grauer pressing with microphone logo.)