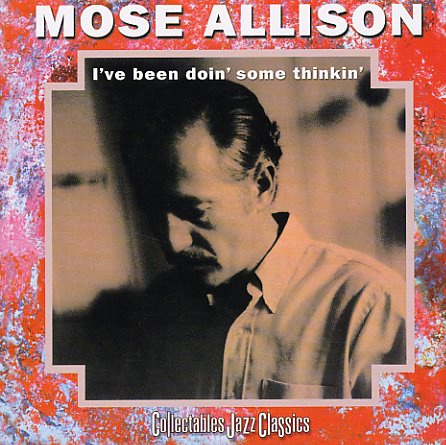 Great Atlantic work from Mose – cut in the early years of his rediscovery by the hippie crowd, but with a tight small combo mode that recalls his classic 50s recordings for Prestige! The group on the set's a trio – with Mose on piano and vocals, Red Mitchell on bass, and Bill Goodwin on drums – and the tracks are nearly all originals, done in Mose's wry, witty take on life! Titles include "Your Molecular Structure", "City Home", "If You're Goin To The City", "Look What You Made Me Do", and "Back On The Corner".  © 1996-2021, Dusty Groove, Inc.
(Stereo pressing, still sealed! Cover has a cutout notch.)

Ramblin' With Mose
Prestige, 1958. Very Good
LP...$19.99
A pivotal album for Mose Allison – and one of the first records to ever feature his voice, even if only on one track! During the 50s, Allison was mostly known for his work as a bop-styled pianist – on records by Stan Getz and others – but at the end of the decade, he really ... LP, Vinyl record album