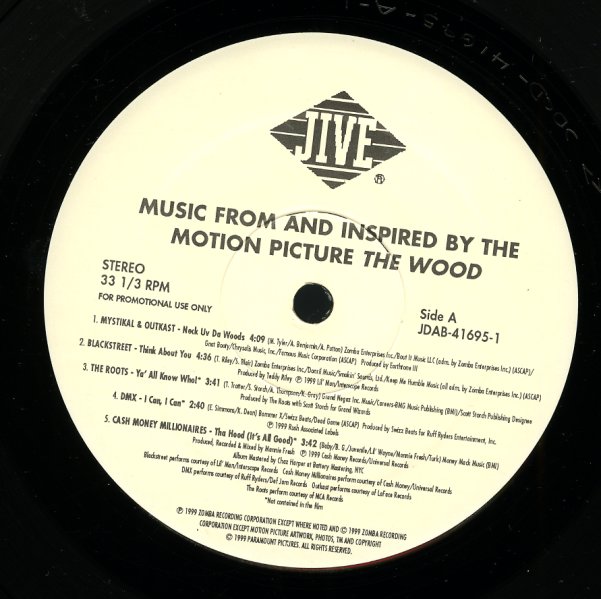 Wood – Music From and Inspired by the Motion Picture

Selections include "Ya' All Know Who" by The Roots, "Belts To Match" by UGK, "Still Strugglin" by Too Short, "Back In The Day Remix" by Ahmad, "Freaks Come Out At Night" by Whodini, "Make The Music With Your Mouth" by Biz Markie, and more.  © 1996-2021, Dusty Groove, Inc.
(Clean edited promo in a stickered sleeve, with some surface wear.)