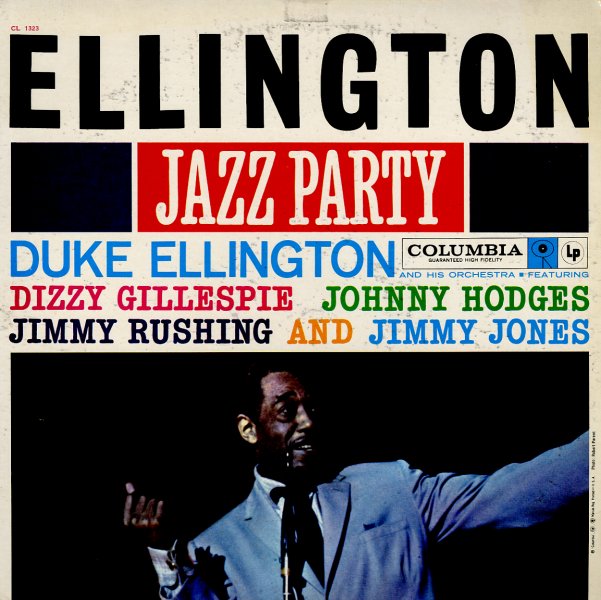 Very nice work from one of Ellington's revival periods – when he was signed to Columbia in the late 50s, and recording some of the best work of his career. This set moves past the modernism of some of Duke's other sessions at the time, and offers a more straight-ahead set in true "jazz party" tradition. Jimmy Rushing sings vocals on a few tracks, and Duke's band features Johnny Hodges, Paul Gonzalves, Jimmy Woode, and a guest appearance by Dizzy Gillespie. Tracks include "Ready Go", "Red Garter", "Malletoba Spank", "UMMG", and "Tymperturbably Blue".  © 1996-2023, Dusty Groove, Inc.
(Columbia Jazz Masterpieces pressing, in the blue border cover, with a cutout hole.)

Time Out
Columbia, 1959. Very Good+
LP...$24.99 (CD...$1.99)
Easily the crowning moment of genius for the legendary Dave Brubeck Quartet – the moment when all things came together magically, and the group somehow elevated themselves to a whole new level in jazz! At the time of the set, Brubeck, Paul Desmond, and the rest had already been making plenty ... LP, Vinyl record album