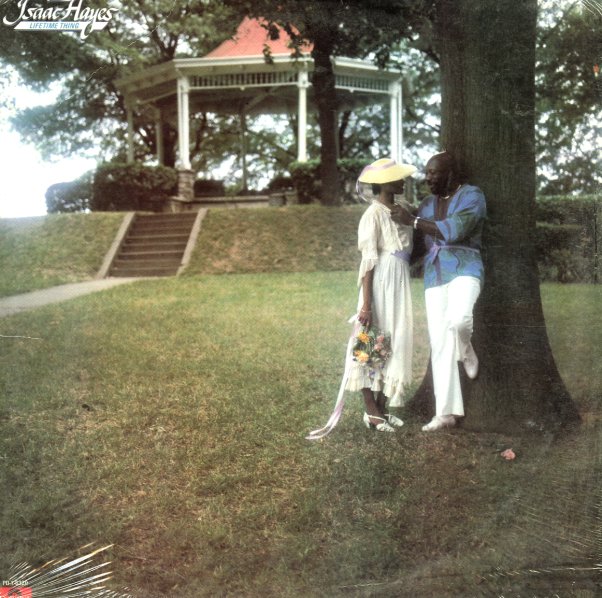 Sure, it's not the Stax years – but Ike's still doing ok on some of this stuff! The record comes during his Polydor years, when Ike was trying for styles that were both club-oriented and pitched more towards the smooth soul scene – and although the club stuff on this record doesn't work that well, the smoother tracks are pretty nice! Sure, Ike does a pretty bad reading of "Three Times A Lady" – but he also keeps it nice smooth and sexy on the title cut "Lifetime Thing" and a nice remake of Curtis Mayfield's "I'm So Proud", both done as slow quiet storm ballads.  © 1996-2023, Dusty Groove, Inc.
(Cover has some ring and edge wear and a name in pen on both sides. Labels have a name in pen.)

To Be Continued
Enterprise, 1970. Very Good
LP...$5.99 7.99
One of Isaac Hayes early 70s classics for Stax Records – a perfectly conceived masterpiece of baroque soul that builds and builds as the set goes on! Ike heads up the instrumentation on electric piano, vibes, and plenty of percussion – but he's also getting strong support here from the ... LP, Vinyl record album

Prime Time
Polydor, 1980. Very Good+
LP...$11.99
A funky classic from the team of Roy Ayers and Wayne Henderson – both at the top of their game here, and effortlessly mixing together jazz, funk, and soul! The record really seems to embrace the best of both artists' styles – some of the bassy groovers that Wayne did so well himself, ... LP, Vinyl record album

Let's Do It
Polydor, 1978. Sealed
LP...$19.99
Pure magic from the height of Roy Ayers' classic 70s run on Polydor – a record that's filled with warm, jazzy grooves – all served up in that unique style that Roy was forging at the time! The album perfectly balances dancefloor tracks with mellower numbers – stepping out one ... LP, Vinyl record album

Bodyheat
Polydor, 1976. Very Good
LP...$18.99
An enduring classic from James Brown – quite possibly the strongest of his late 70s albums, and a record that nicely balances the harder funk of the early part of the decade with a more sophisticated style that almost gets slightly jazzy at times! The vocals are planted strongly at the top ... LP, Vinyl record album

Ray, Goodman, & Brown II
Polydor, 1980. Very Good-
LP...$0.99
Probably the best album Ray, Goodman, and Brown cut after they dissolved The Moments, and moved to Polydor. Despite some more modern soul production than their classic recordings, their harmonies are excellent, and their voices are in totally top form. The LP includes their classic "Happy ... LP, Vinyl record album