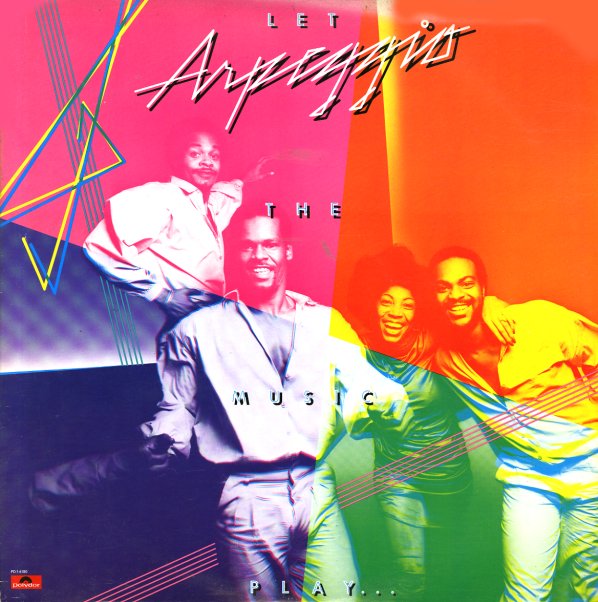 Pretty straight club tracks – recorded with a style that reminds us of some of the European groups coming out of Germany and France at the time, and with some electronic touches that show a vague hint of Giorgio Moroder. Tracks are long, and titles include "Let The Music Play", "Runaway", "Love & Desire", and "Spellbound".  © 1996-2021, Dusty Groove, Inc.
(White label promo. Cover has a cut corner, some marker, and some staining on the bottom. Labels have some marker.)

Love & Desire
Polydor, 1978. Near Mint-
LP...$9.99
High-stepping disco from Arpeggio – an album of longer tracks with a really soaring feel! The groove here is tight, but never schmaltzy – with arrangements and production by Simon Soussan, and an overall feel that's more powerfully driven by the instrumentation in the set than the ... LP, Vinyl record album

We the People
Polydor, 1973. Very Good
LP...$14.99
Wonderful work from the great Ellen McIllwaine! Ellen's certainly not a soul artist – but she's got a particularly soulful approach to folk rock – one that's made her a favorite of groovers worldwide in the past few decades, thanks to a big push from Gilles Peterson, and the club scene ... LP, Vinyl record album

Gloria Gaynor's Park Avenue Sound
Polydor, 1978. Very Good
LP...$1.99
An overlooked groover from Gloria Gaynor – warm, wonderful, and filled with some great Philly touches! Sure, the record's got a Park Avenue address, but it's also got some great arrangements from Norman Harris, Jack Faith, and Ron Kersey – all of whom bring in a bit more warmth than on ... LP, Vinyl record album

Michele Freeman
Polydor, 1979. Very Good+
LP...$14.99
Uptempo soul album with kind of a disco feel. Produced by Don Ray, who also played synthesizers on the album, and with the single "Tumble Heat". Other cuts have a similar feel, and include "Find the Fire", "Nice and Slow", and "Where'd You Get What You Got". ... LP, Vinyl record album

Superfly TNT
Buddah, 1973. Sealed Gatefold
LP...$19.99
Some nice heavy Afro-funk grooves, courtesy of Osibisa, for this follow-up score to the original Superfly! The sound of the music is quite different than Curtis Mayfield's famous soundtrack – and there's lots of heavy bass and percussion, plus some additional arrangements by Michael Gibbs. ... LP, Vinyl record album