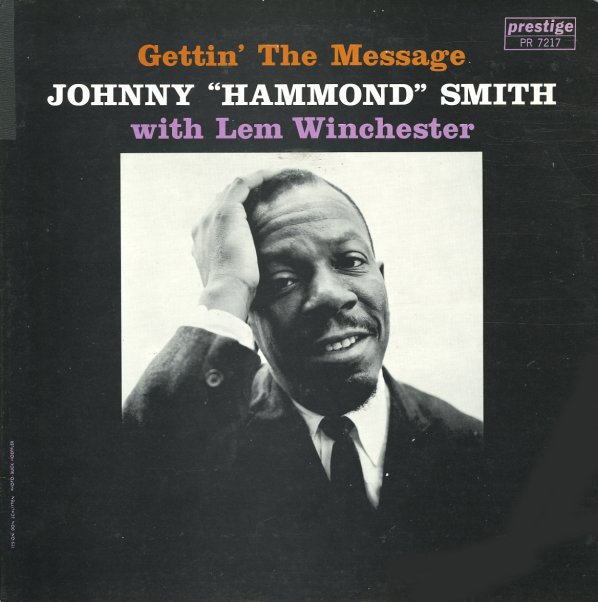 A vibes and organ delight – a rare early set from Johnny Hammond Smith, and a date that features a key appearance from vibist Lem Winchester! Winchester only cut a handful of dates before shuffling off this mortal coil far too soon – and he's a hell of a player, with a richly chromatic tone that works beautifully next to Smith's organ lines – a pairing that's quite different than other organ/vibes duos you might know from the time, and one that's got to be heard to be fully appreciated! There's a complexity here that we love, even when things are straight and swinging – and titles include "Lid Flippin", "Getting The Message", "Princess", and "Dementia".  © 1996-2021, Dusty Groove, Inc.
(Black & silver label stereo pressing with deep groove and Van Gelder/Stereo stamps. Cover is slightly wavy along the opening, with some separation at the bottom right corner on front, and some surface wear and aging on back.)