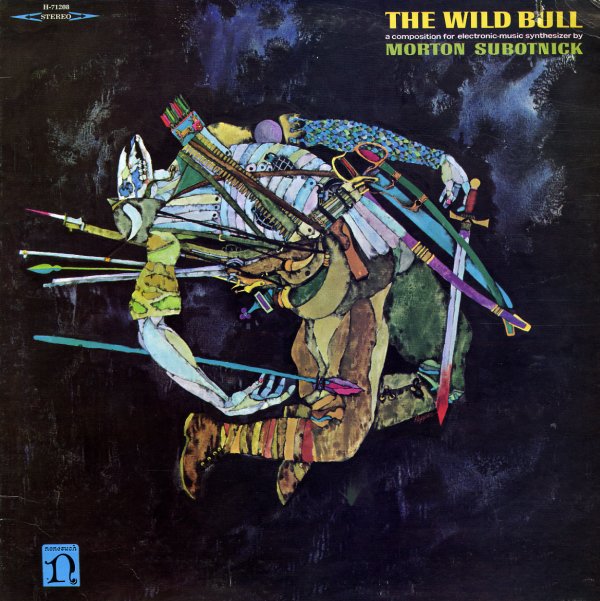 A landmark early recording from Morton Subotnick – and a piece of music that really pushed analogue electronics forward from the previous academic generation! Subtonick's style here is much more freewheeling – with almost an improvisational feel at times – sounds and noises that are quite bracing at times, mixed with more subtle elements from time to time. Like Subotnick's Silver Apples Of The Moon, the album features one long composition – stretched out into many shades and spaces, with poetic inspiration that definitely comes through in the music – even though it's quite dark and spooky at times!  © 1996-2021, Dusty Groove, Inc.
(Cover has some ring & edge wear, a split bottom seam, light aging and a name in pen on the back.)

Concerto For Prepared Piano & Orchestra/ Baroque Variations
Nonesuch, 1968. Near Mint- Gatefold
LP...$14.99
Nice 1968 recordings of works by Cage and Lukas Foss. The Cage "Concerto For Prepared Piano" is performed by Yuji Takahashi on a prepared piano, as the main soloist with a larger ensemble. The sound is as you'd imagine from Cage's prepared piano stuff, with lots of cool off-kilter piano ... LP, Vinyl record album