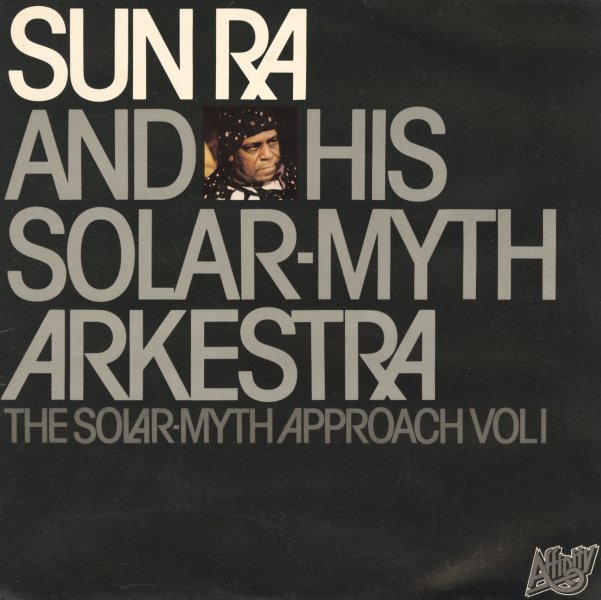 Really unique material from Sun Ra – a pair of recordings that were initially circulated much more strongly than some of his Saturn Records material, thanks to the power of the BYG/Actuel label in the early 70s – but tracks that actually come from a variety of different sessions that Ra himself did with the Arkestra in the late 60s! Tracks are shortish, but very inventive – a well-chosen snapshot of all the new ideas that the group were cooking up during the end of the 60s in New York, with an increased mission to explore the outer reaches of space, and use more electronics than ever before! Ra plays some killer keyboards – moog, spacemaster, and acoustic piano – often with these really eerie tones – and other players include Kwame Hadi on trumpet, Akh Tal Ebah on space dimension mellophone, Ali Hassan on trombone, Marshal Allen and Danny Davis on alto and flute, John Gilmore on tenor, and Pat Patrick on baritone – and the whole group vocalizes at points, joined by other singers who include June Tyson and Art Jenkins. There's also some great use of "strange strings" on the sessions, not to mention a bit of reverb – and tracks on this first volume include "Spectrum", "The Satellites Are Spinning", "Seen III Took 4", "Adventures Of Bugs Hunter", "Legend", and "The Realm Of Lightning".  © 1996-2021, Dusty Groove, Inc.
(Late 70s UK pressing. Shrinkwrap has a small hole in front.)

Just Friends
Affinity (UK), 1977. Near Mint-
LP...$4.99
A great session of 70s bop revival from the team of Sonny Stitt and Red Holloway – working here in the warm and sunny style of the great Catalyst label! The album Forecast has the two hornmen blowing to acoustic accompaniment from a trio that includes Art Hillary on piano, Larry Gales on ... LP, Vinyl record album

Oo Pop A Da (aka Musical Safari)
Affinity (UK), 1961. Near Mint-
LP...$9.99
Later issue of a crack live set that was recorded in 1961, when Dizzy had a young Lalo Schifrin in his group, playing the piano, and providing these great arrangements that broke Dizzy out of the be bop bag, and into a more Afro Latin groove. Leo Wright's on alto and flute, and the set list ... LP, Vinyl record album

Masterpieces By Ellington
Columbia, 1950. Near Mint-
LP...$24.99
True masterpieces from Duke Ellington – some of his greatest compositions, presented here in an early Columbia LP that offers up "uncut concert arrangements" – clearly grooming a new side of Duke for the long-playing audience! The recordings were made in 1950, with players ... LP, Vinyl record album