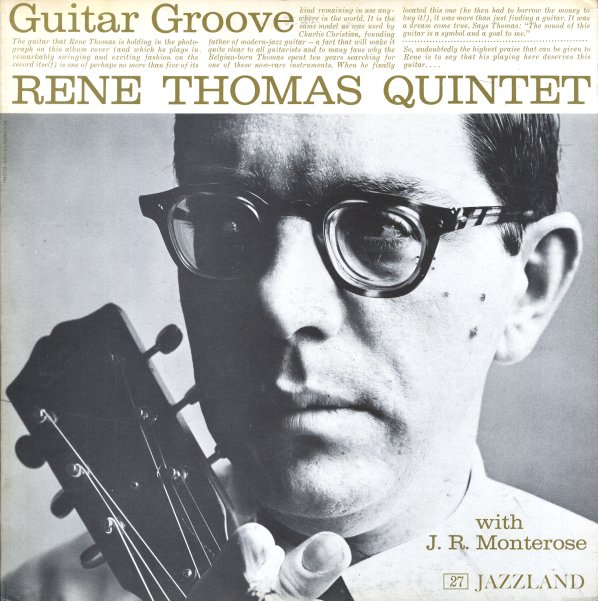 Belgian guitarist Rene Thomas was one of the few players to break out of the postwar Paris jazz scene and actually get to record in America – and on this classic set from 1960, he's grooving with a very hip group that includes JR Monterose on tenor, Hod O'Brien on piano, and the rhythm section of Teddy Kotick and Albert Heath. Tracks are all in the 5 minute range – save for one longer reading of Monterose's great "Green Street Scene" – and the material is pretty nice and breezy. Titles include "MTC", "Spontaneous Effort", and "Milestones".  © 1996-2021, Dusty Groove, Inc.
(80s French pressing on Carrere. Cover is lightly stained at the bottom 3 inches, with some sticker spots on front & back.)

Bright & Breezy
Jazzland, 1961. Very Good+
LP...$34.99
Bright, breezy, and plenty darn soulful – a nice little post-Prestige album that almost has Red Garland returning to the piano with the tightest focus of his earlier years! The trio here features Sam Jones on bass and Charlie Persip on drums – both of whom punctuate the groove with the ... LP, Vinyl record album