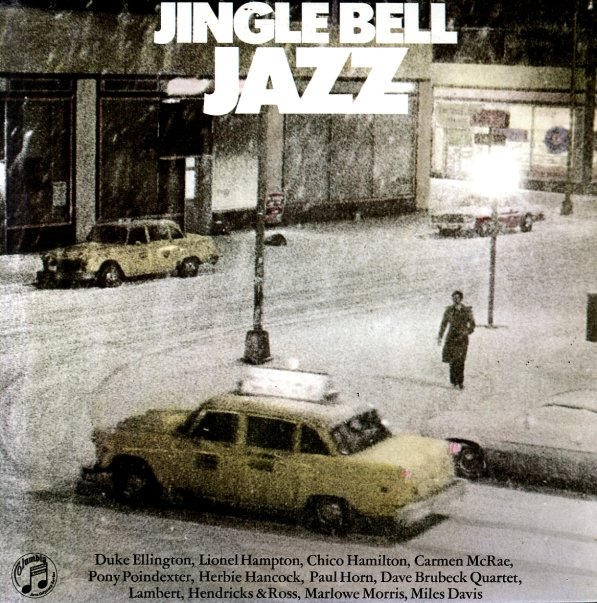 The best album of Christmas jazz you could ever buy! Why? Well, the record's totally hip – with way more going on than just the usual jazz versions of Christmas carols. But unlike other hip Christmas albums, this one also never loses the feeling of the season – and although the work is a bit more challenging than usual for a holiday album, it also always swings, and in a very festive style! Titles include "Deck The Halls" by Herbie Hancock, "Blue Xmas" by Bob Dorough and Miles Davis, "Winter Wonderland" by Chico Hamilton, "Jingle Bells" by Duke Ellington, "We Three Kings" by Paul Horn, "Deck Us All With Boston Charlie" by Lambert Hendricks & Ross, and "Rockin Around The Christmas Tree" by Marlowe Morris.  © 1996-2022, Dusty Groove, Inc.
(80s pressing.)

Collaboration
Atlantic, 1964. Very Good+
LP...$11.99
Moody vibes and light guitar – a wonderful meeting of two unique talents – the third stream jazz of the Modern Jazz Quartet, and the introspective guitar of Laurindo Almeida! The session blends together a host of different influences – from classical guitar to bossa nova to ... LP, Vinyl record album