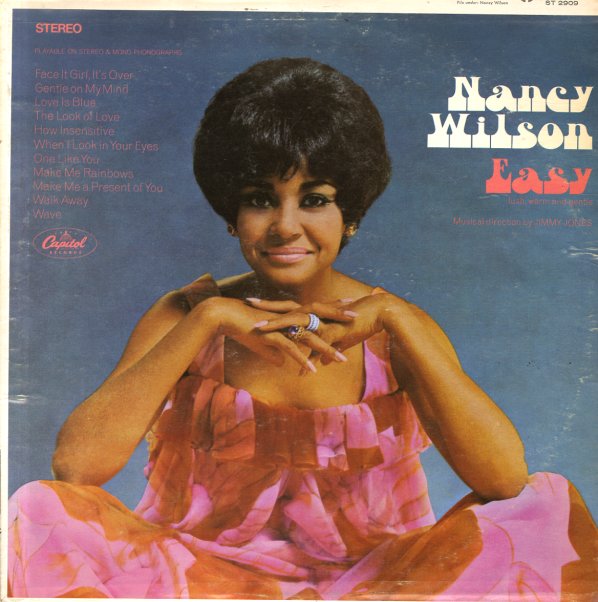 Killer 60s work from Nancy! Despite the "easy" in the title, this record's a perfect batch of pop soul tunes – arranged by Jimmy Jones with a breezy style that works perfectly for Nancy's voice. The record features her big hit "Face it Girl, It's Over", which was arranged by HB Barnum – plus some other great pop tracks like Jobim's "Wave" and "How Insensitive", and "Walk Away", "Make Me A Present Of You", and "The Look Of Love".  © 1996-2021, Dusty Groove, Inc.
(Rainbow label stereo pressing.)