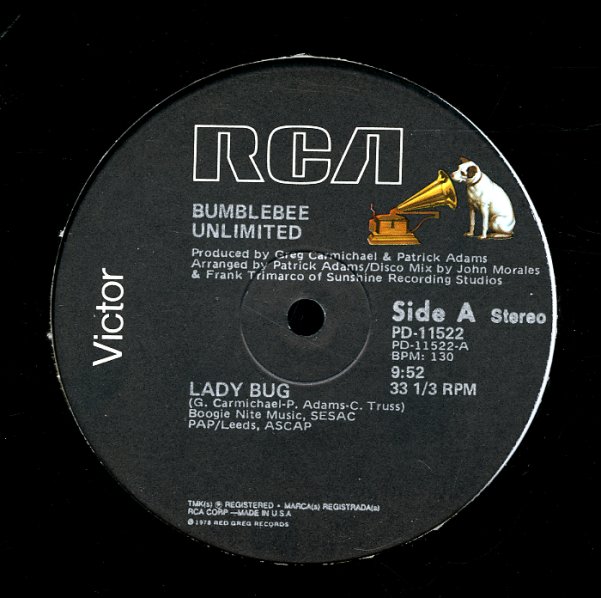 Funky club grooves from the never-miss team of Patrick Adams and Greg Carmichael! The cut's one of the best from the hard-to-find Bumblebee Unlimited album on RCA – and it's offered here in 2 versions, a 10 minute long mix by John Morales and Frank Trimarco, and a 6 minute remix version by Larry Levan.  © 1996-2021, Dusty Groove, Inc.
(White label promo. Labels have some marker.)