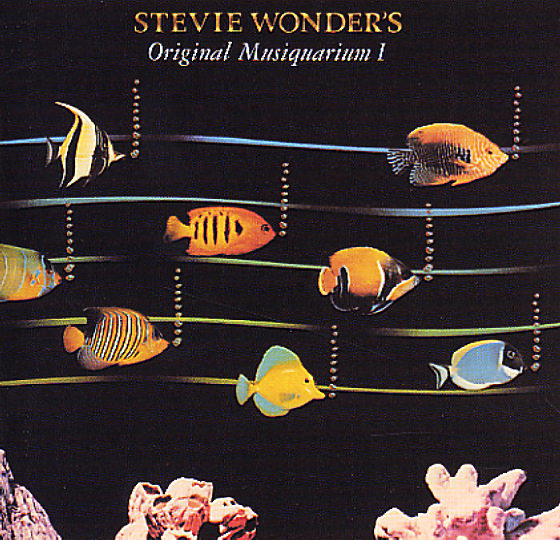 A classic testament to the genius of Stevie Wonder – a collection that brings together some of his most important work of the 70s, plus a few new tracks too – all graced with a back cover note that proudly states "written, arranged, and produced by Stevie Wonder"! That note is key to the strength of the set – as it documents Wonder's rise from child soul phenomenon to adult American composer – a voice that was one of the strongest of the 70s in finding a new sense of pride and power for the generation. The whole thing's great – as you'd expect – and even after all these years, the set stands as one of the best ways to jump into Stevie's work of the 70s. Titles include "Living For The City", "Superstition", "Front Line", "You Are The Sunshine Of My Life", "Superwoman", "I Wish", "Sir Duke", "Higher Ground", "Boogie On Reggae Woman", "Do I Do", "Ribbon In The Sky", "Master Blaster (Jammin)", and "Isn't She Lovely".  © 1996-2021, Dusty Groove, Inc.
(Still in the original shrinkwrap with hype sticker.)