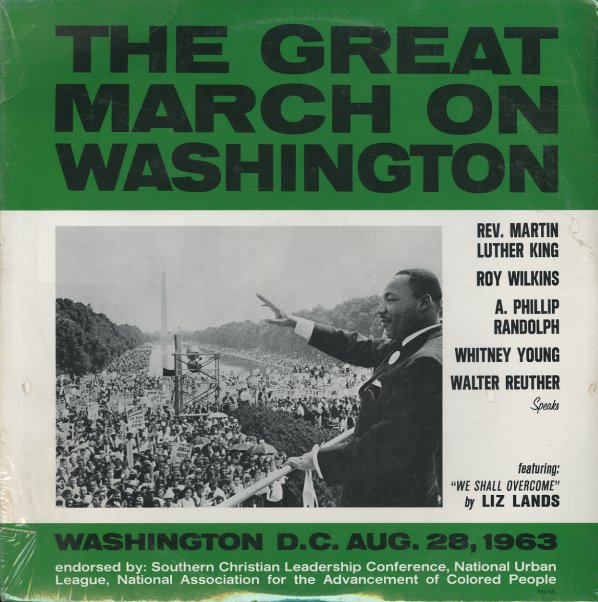 Although Malcolm X, John Kennedy, and other 60s heroes were always unfortunately being bootlegged, and served up in weak packages, Dr. King was fortunate enough to get representation from Motown, who did a great job putting together his albums of speeches with clarity and quality. This one from 1963 features moments from the March On Washington, with speeches by King, Whitney Young, and Roy Wilkins. Also features Liz Lands singing "We Shall Overcome".  © 1996-2022, Dusty Groove, Inc.
(Later Gordy pressing. Cover has a cutout notch, light ring impression, and light staining on bottom corner- due to moisture.)

Glen Gould Concert Dropout – In Coversation With John McClure
Columbia, Late 60s. Very Good+
LP...$9.99
An unusual album – spoken, not music – Glenn Gould talks about his move away from live performance – with topics that include "The Concert Is Dead", "A Live Audience Is A Great Liability", and "Electronic Music Is The Future". LP, Vinyl record album

Bad Rapping Of The Marquis De Sade
World Pacific, 1960. Near Mint-
LP...$11.99
Lord Buckley was one of the strangest comedians this side of the counterculture during the late 50s – and his talent is presented richly in this collection of lost recordings that were unearthed by World Pacific and presented in a hip late 60s package during a period when Buckley was having a ... LP, Vinyl record album