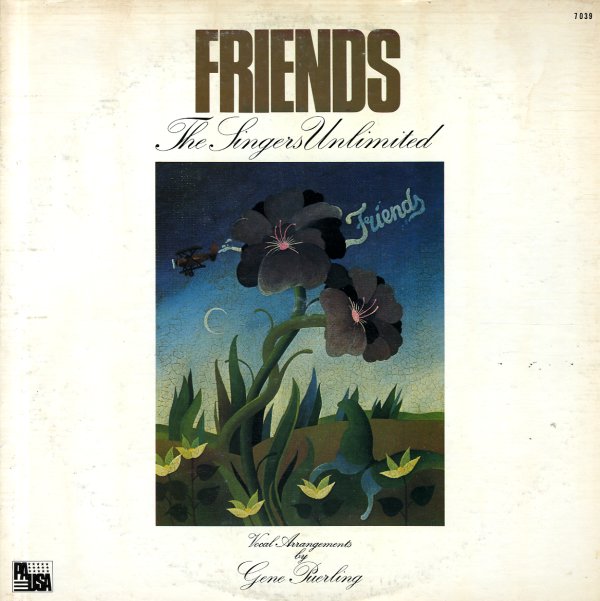 One of the grooviest albums cut by this legendary MPS vocal group – a set that has some very hip friends from the American scene – who blend perfectly with the soaring vocals that the quartet forged in Germany for the MPS label! The music features vocal arrangements from group leader Gene Puerling – very much in the best mode of their other harmonic gems – but it also gets some superb help on instrumentation from the wonderful Pat Williams – whose sense of lightness and sparkle is perfect for the voices! Pat's group here is loaded with great musicians – both Clare Fischer and Dave Grusin on keyboards, plus Tom Scott on reeds – each adding subtle but important energy to the backings – on tunes that include "Just Friends", "I'm Gonna Go Fishin", "When The Sun Comes Out", and "Eleanor Rigby".  © 1996-2022, Dusty Groove, Inc.
(PAUSA pressing. Cover has light wear and aging.)