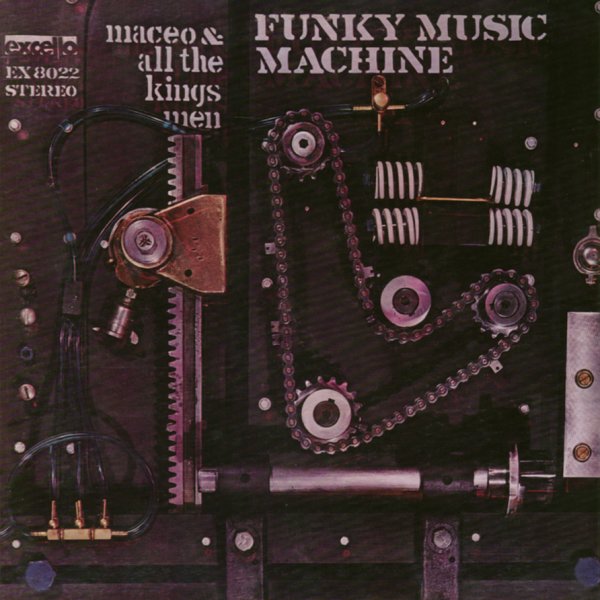 A rare gem from Maceo Parker – the second album cut with his King's Men group in the short time he was away from James Brown in the early 70s! The set was done for the Excello southern soul label, and it's got a bit of a different groove than his work for House Of Fox with the same group – a style that's got a bit more conventional southern production overall, and grooves that run towards soul a bit more than funk – although the whole record is still pretty darn funky overall! Players in the group include Charles Sherrell, Melvin Parker, and Jimmy Nolen – and titles include "Funky Music Machine", "Dreams", "TSU (Aristocrat of Bands)", "Funky Tale To Tell", and "Born to Wander".  © 1996-2022, Dusty Groove, Inc.

Feelin' Bitchy (UK pressing – with bonus tracks)
Spring/Southbound (UK), 1977. New Copy
CD...$7.99 14.99
Millie Jackson's feelin bitchy – and letting a whole new side of her talents show! After the sweet southern soul sound of her early recordings, the Jackson style takes a sharp shift here – letting a bitchier side show up more strongly, and really setting the tone for the next great ... CD

Caught Up (UK pressing – with bonus tracks)
Spring/Southbound (UK), 1974. New Copy
CD...$7.99 14.99 (LP...$2.99)
Seminal 70s southern soul from Millie Jackson – a record that's head and shoulders above most of what she recorded in later years! Before she got all naughty and raunchy, Millie Jackson was one of the best female soul singers to come out of the south – and this album's a work of ... CD

Still Caught Up (with bonus tracks)
Spring/Southbound (UK), 1975. New Copy
CD...$7.99 14.99
A great follow up to Mille Jackson's classic Caught Up album – but one that's also a key turning point too! The theme here is the same as the album before – with tunes that have a woman "caught up" in love and all of its tangles – but the sound is also bolder, more ... CD