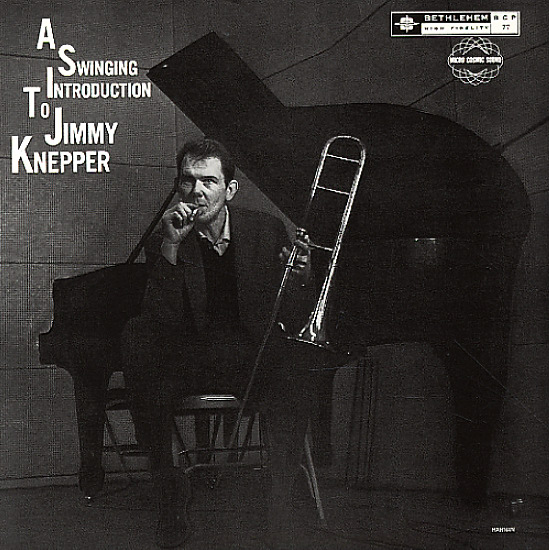 Great work from one of the most compelling trombonists of the 50s! Jimmy Knepper is probably best known for his excellent work on some of Charles Mingus' best records – but this set from 1957 shows that Knepper was also an extremely capable (if under-recorded) leader in his own right! The album is one of the rarest Bethlehem sides – and it features Knepper leading a crack group that includes Bill Evans, Gene Quill and drummer Dannie Richmond, making a rare non-Mingus appearance here! The tracks are shortish, and a number of them are standards, but the group swings nicely, and Knepper's tone is nice and edgey on most tracks. Titles include "Avid Admirer", "Close As Pages In A Book", "Ogling Ogre", and "Idol Of The Flies".  © 1996-2023, Dusty Groove, Inc.
(Japanese pressing – YP 7127.)