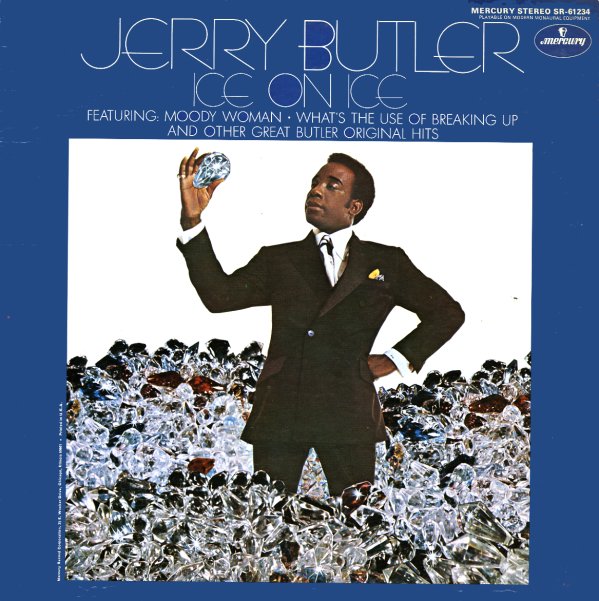 Killer stuff – as Jerry's getting the full early Philly treatment here, with arrangements by Thom Bell, Bobby Martin, and Roland Chambers, and production by a young Gamble and Huff! The sound isn't nearly as icy as the old Vee Jay days – but that's fine with us, as Jerry is nice and soulful on tracks like "Moody Woman", "When You're Alone", "I Forgot To Remember", "Brand New Me", "What's The Use Of Breaking Up", and "Walking Around In Teardroops". Nice cover, too – with Jerry standing in a pile of fake diamonds!  © 1996-2022, Dusty Groove, Inc.
(Cover has some aging, initials in marker, and a punch-hole, but is pretty solid overall.)

Gap Band V – Jammin'
Mercury, 1983. Near Mint-
LP...$9.99
The Gap Band are definitely Jammin on this sweet little set from the early 80s – hitting that fierce funk mode they do so well, with lots of snapping lines at the bottom of the rhythms! The style is trademark Gap all the way through – a percolated approach to funk that's tight, but ... LP, Vinyl record album