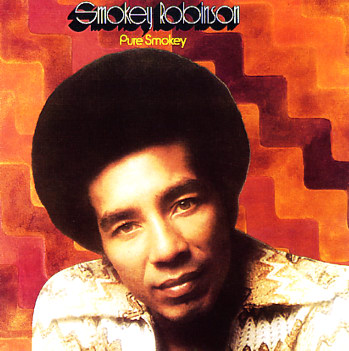 Excellent mid 70s work from Smokey, recorded right before his landmark Quiet Storm album, and in a smooth sophisticated style that showed that he was definitely on the right track after splitting from the Miracles! The sound here is totally great – a new level of sophistication for Robinson, and proof that he was one of the key folks who would take soul music to new levels in the 70s! The record includes the excellent "Virgin Man", a loping midtempo track that's not only a great stepper, but also a famous sample riff. Other tracks include "I Am I Am", "Fulfill Your Need", "Just Passing Through", "The Love Between Me & My Kids", and "It's Her Turn To Live".  © 1996-2022, Dusty Groove, Inc.
(Cover has light wear, a name in pen, and a trace of a sticker. Labels have a name in pen.)

Quiet Storm
Tamla, 1975. Very Good+
LP...$19.99
Incredible work – a record that should be in every household! Smokey breaks free of the group sound of the Miracles albums – hitting a whole new mode, and inventing the "Quiet Storm" radio format along the way! The title cut – "Quiet Storm" – is a ... LP, Vinyl record album