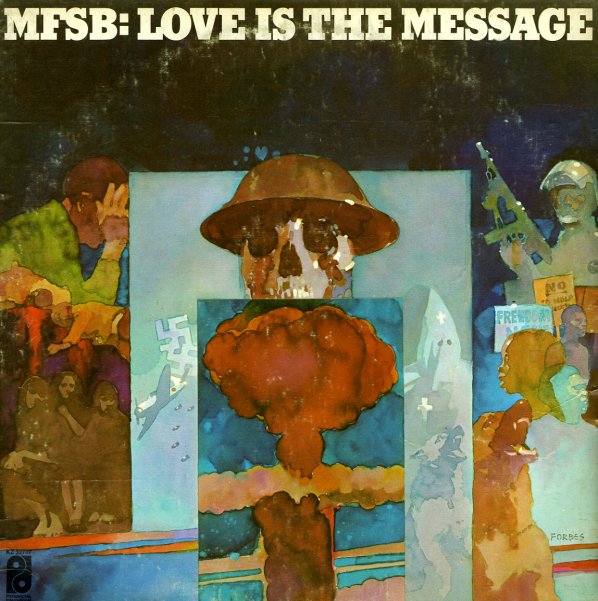 A key moment for the Philly soul scene of the 70s – and the first album to feature the MFSB backing group as a solo act on their own! The ensemble were responsible for key sounds on countless soul singles of the time – yet also find a way to soar beautifully on their own – in a sweet instrumental groove that matches the strength of Barry White's Love Unlimited Orchestra, and which was definitely a key inspiration for the sound of the Salsoul Orchestra! There's definitely a bit of early disco in the mix, but the style's more uptempo east coast overall – that pre-disco groove that was going down in the clubs – with larger strings added to a core group of funky rhythm players. Gamble & Huff production make the whole thing sparkle, and arrangements are by Vince Montana, Bobby Martin, and Jack Faith – on titles that include "Love Is The Message", "Cheaper To Keep Her", "TSOP", "Zack's Fanfare", "Touch Me In The Morning", and "My One & Only Love".  © 1996-2022, Dusty Groove, Inc.
(Quadraphonic pressing. Cover has some ring and edge wear and splitting in the bottom seam.)