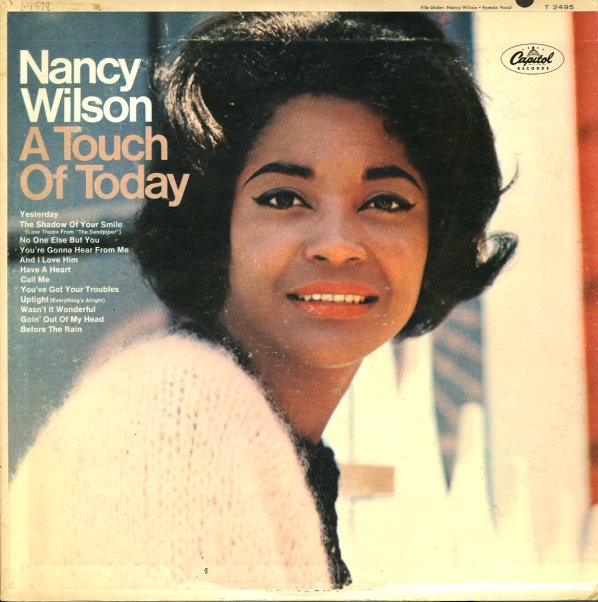 Nancy's in groovy late 60s pop territory here – with swinging arrangements by Oliver Nelson, and some more mellow backings by Sid Feller. The set's not Nancy's most original album – but it's also one of the things she does best: taking songs made famous by others, and giving them a tight swinging style that's infused with a good dose of soul. Titles include "Goin Out Of My Head", "Call Me", "Before The Rain", "You've Got Your Troubles", and "Uptight".  © 1996-2021, Dusty Groove, Inc.
(Stereo rainbow label pressing.)