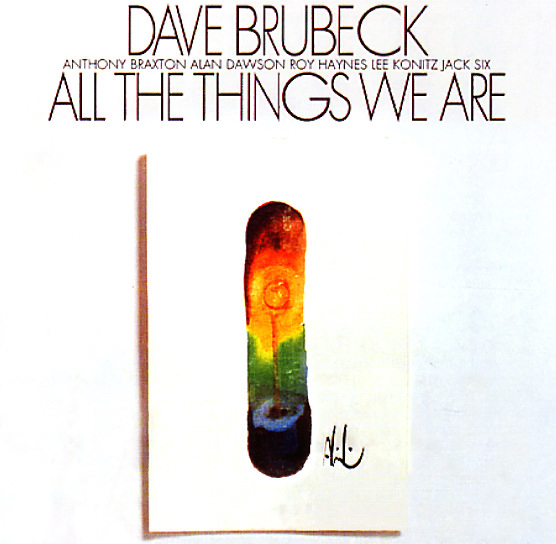 All The Things We Are

One of the best Dave Brubeck albums from later years – and one of the hippest! The record is noteworthy for its pairing of Anthony Braxton and Lee Konitz – the former a rising star at the time, influenced strongly by the latter in his roots – showcased here in some rare moments of Braxton straight-aheadness! Brubeck's contribution is heard most strongly on the album's extended trio "Jimmy Van Huesen Medley" – played by Dave with Jack Six on bass and Alan Dawson on drums. But we're most partial to the saxophone tunes – Konitz playing a spare duet with Brubeck on "Don't Get Around Much Anymore", soloing with the group on "Like Someone In Love", duetting with Braxton on "All The Things You Are" – and stepping back to let Anthony play with Dave on a version of "In Your Own Sweet Way". Really great stuff throughout – and a unique Brubeck moment!  © 1996-2021, Dusty Groove, Inc.
(Mexican pressing.)