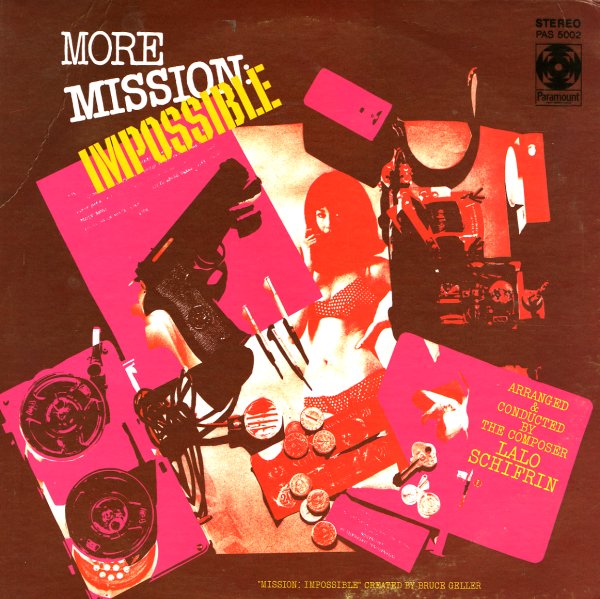 A real stunner from Lalo – filled with tight jazzy soundtrack grooves, most of which sound even better than the work on the original Mission Impossible soundtrack! The groove is very much in the pocket, and perfectly captures Schifrin's classic mix of bossa, jazz, and crime themes. Titles include "Self-Destruct", "Mission Blues", "More Mission", "Foul Play", and the sample classic "The Danube Incident".  © 1996-2021, Dusty Groove, Inc.
(Stereo pressing with deep groove.)