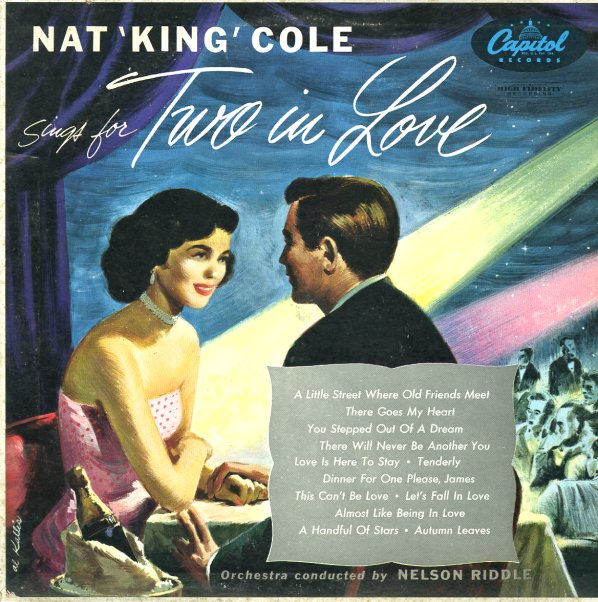 Sings For Two In Love

Wonderful stuff by Nat – truly one of his greatest Capitol vocal albums, and set to great arrangements by Nelson Riddle, very much in a classic mode. Tracks include heartbreakers like "Dinner For One, James", "There Will Never Be Another You", and "There Goes My Heart" – plus more lively standards like "Almost Like Being In Love", "This Can't Be Love", and "Let's Fall In Love".  © 1996-2021, Dusty Groove, Inc.
(80s mono UK rainbow label pressing.)