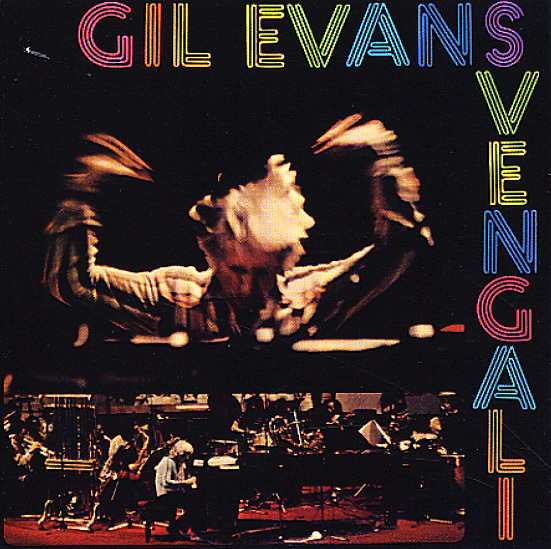 Also available
Gil Evans — Svengali ... CD 8.99
Gil Evans — Svengali ... CD 9.99
A great example of the way that Gil Evans really opened up his groove in the 70s – moving here way way past the cool jazz and third stream of earlier years – into a soulful style that's far groovier than might be expected! Part of the strength of the set is because of the players – as Gil's working with a group of younger soul jazz and spiritual soloists that include Ted Dunbar, Billy Harper, and Hannibal Marvin Peterson – as well as the older soul modernist Richard Williams. But there's also some other specifically Evans-like touches to the record that stand out – like Gil's stark notes on acoustic piano and his lighter work on the electric keys – plus a bit of inventive synthesizer from David Horowitz, who makes a few tracks really crackle with energy. Tracks include "Zee Zee", "Blues In Orbit", "Cry Of Hunger", and "Thoroughbred" – the latter two of which are lovely compositions by Billy Harper!  © 1996-2022, Dusty Groove, Inc.
(Sealed 70s pressing! Shrinkwrap has some light wear near the bottom, but is great overall.)