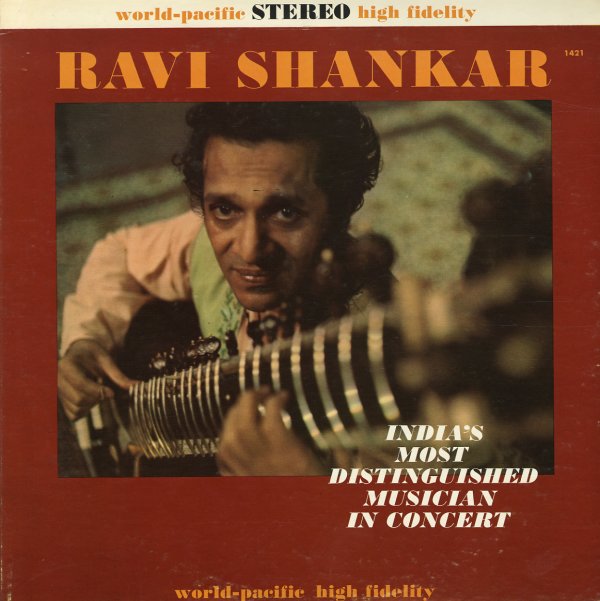 An early 60s live set from Ravi Shankar – recorded at UCLA, but with a clarity of sound that rivals his studio albums from the time! The album features 2 long tracks – the extended raga "Madhuvanti", and the vocal number "Dhun In Mishra Mand" – both with Kanai Dutta on tabla and Nodu Mullick on tamboura. Each number builds slow, with lots of solo sitar from Ravi – then grows into a bolder sort of sound!  © 1996-2023, Dusty Groove, Inc.
(Stereo pressing. Cover has light wear.)