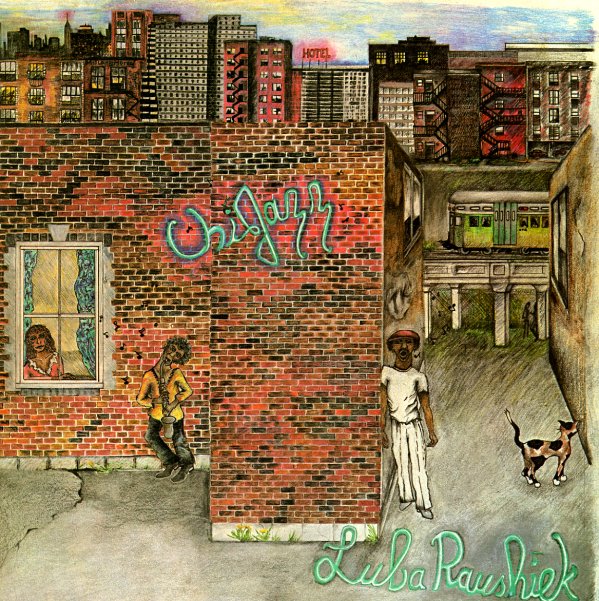 An obscure bit of Chicago jazz – featuring vocalist Luba Raushiek, kind of a self-styled spiritualist, with an approach that hits both traditional modes, and more far-out soulful ones – running through styles that range from Leon Thomas to Billy Eckstine, as was typical for a small club vocalist like this. The record's not great – but it's a valuable bit of Chicago jazz, as Raushiek did sing in quite a few of the city's clubs in the 70s and 80s, and he's helped here by players like John Young, Ari Brown, and Von Freeman. Titles include "Impressions", "Well You Needn't", "Enterprise", and "Love Makes The World Go Round".  © 1996-2022, Dusty Groove, Inc.
(Cover has a cut corner.)