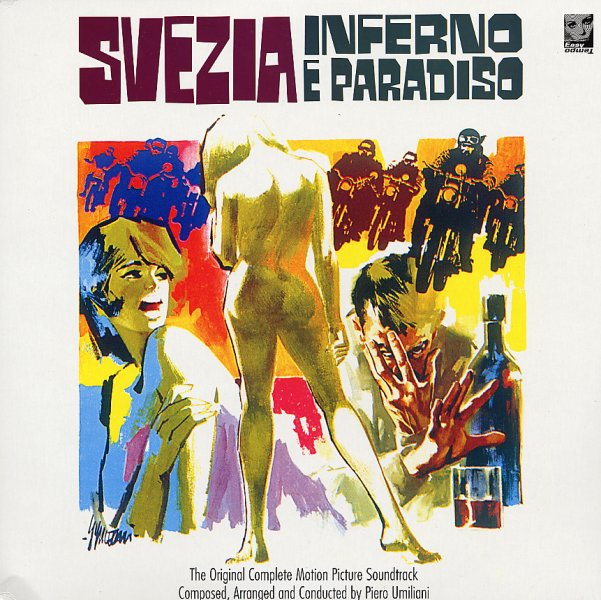 One of the greatest soundtracks ever from the mighty Piero Umiliani -- and a record that's probably best known for the worldwide hit "Mah Na Mah Na" -- later made famous by Sesame Street, The Dave Pell Singers, and many others! The whole thing's wonderful, though -- a sublime mix of erotic elements, playful funky numbers, and warm jazzy tunes -- all supposedly scored for an exploitation documentary about sex in Sweden -- but music that really stands strongly on its own! There's a number of cuts with those cool Hammond organ tricks that Umiliani does so well -- and lots of others have cool female vocals, sometimes singing lyrics, sometimes wordlessly in a really wonderful way. The whole thing's a treasure -- one of the best Italian soundtracks you could ever buy -- and titles include "Mah Na Mah Na", "You Tried To Warn Me", "Nel Cosmo", "Topless Party", "Hippies 1", "Sleep Now Little One", "Piano Bossa Nova", "Free In Minore", and "Violenza".  © 1996-2023, Dusty Groove, Inc.