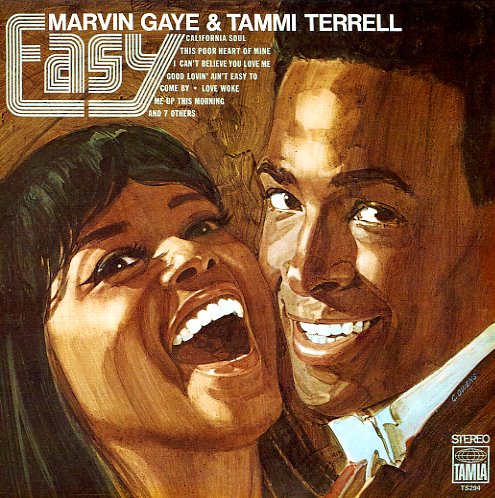 The last set of duets from the team of Marvin Gaye and Tammi Terrell – and a sublime set of tracks that really stretches their partnership even further than before! It's no secret that Terrell was Marvin's favorite partner in the studio – and you can really hear his strong feeling for her in the quality of the work here – upbeat and joyous one minute, tender and sensitive the next – all put together with that growing range that Gaye was showing so strongly at the end of the 60s. This one goes way past the standard Motown duo mode – and it's filled with great tracks that include "California Soul", always a favorite round these parts – plus "I'm Your Puppet", "The Onion Song", "Good Lovin Ain't Easy To Come By", "Love Woke Me Up This Morning", "What You Gave Me", and "Satisfied Feelin".  © 1996-2021, Dusty Groove, Inc.
(80s promo pressing in a barcode cover, with a promo stamp.)