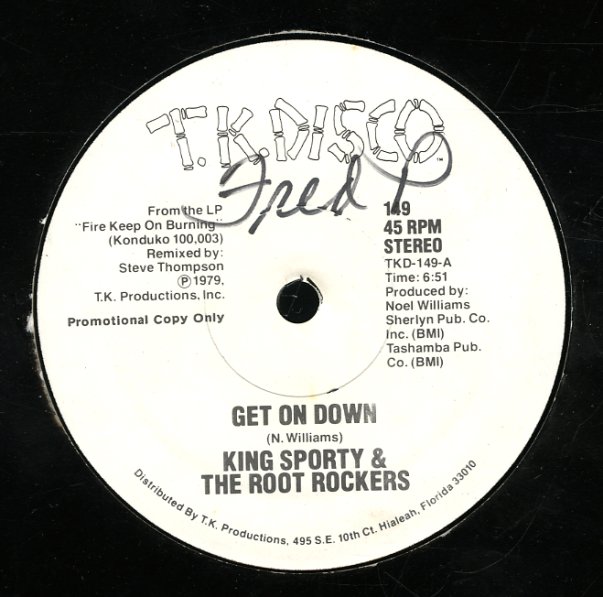 Get On Down/Fire Keep On Burning

2 excellent club tracks from this Miami soul artist! The best one here is "Get On Down", which features some totally cool bubbly moog sounds, mixed with hard conga beats, in a style that really sounds great!  © 1996-2021, Dusty Groove, Inc.
(White label promo.)

Melody Of Life/The Joy
TK, 1979. Near Mint-
12-inch...$6.99
2 excellent mellow soul tracks from Gwen's last album at TK! Both sides have a strong modern soul sound, and show Gwen pushing way past her earlier style, towards the "Funky Sensation" groove that was right around the corner. 12-inch, Vinyl record