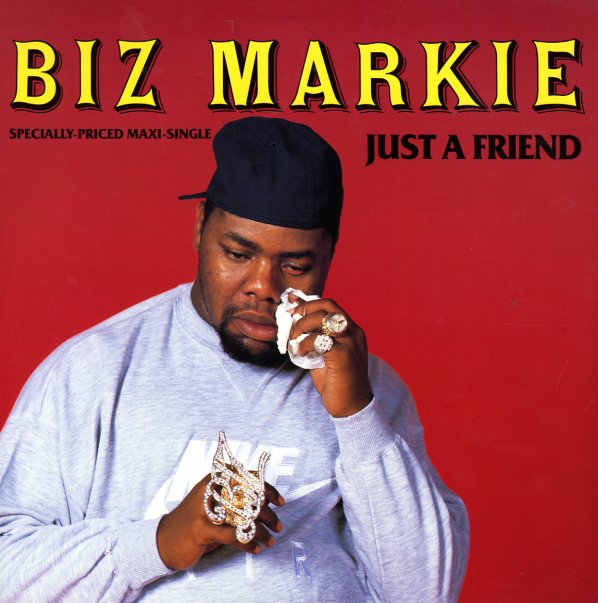 The Biz spins a sad tale of unrequited love, in this classic off his second LP, The Biz Never Sleeps. Just a slow break, a piano loop, and Biz's mellifluous vocals. It's your party, Biz, and you can cry if you want to!  © 1996-2021, Dusty Groove, Inc.
(Original pressing.)