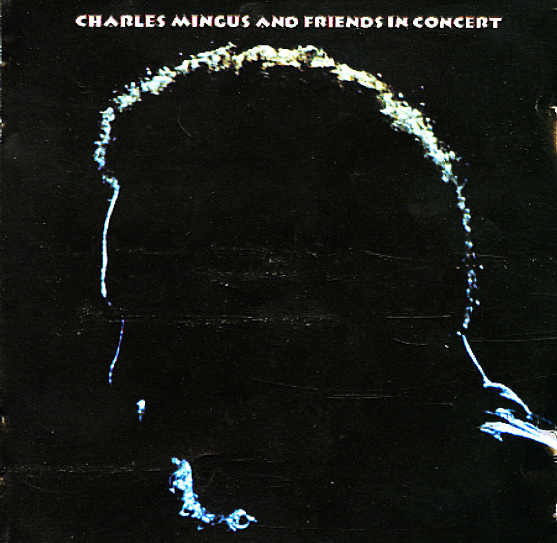 Mingus live is always a treat – especially in these later years, when the fire seemed to go out of most of his studio recordings. Live, though, he always managed to kick it hard - with the sort of emotion that graced his strong early albums. And despite the fact that this one's conducted by Teo Macero, and features some remarks from Bill Cosby – the affair's still pretty hip, and the soloists go to town nicely – with those stretched-out performances that always made for the best individual moments in a Mingus record! The record features great work from Gene Ammons and Bobby Jones on tenor, Lee Konitz and Charles McPherson on alto, James Moody on flute, Randy Weston on piano, Lonnie Hillyer on trumpet, and Eddie Bert on trombone – and Honey Gordon sings a lovely vocal on the track "Eclipse". Other titles include "Jump Monk", "Us Is Two", "ESP", and "Ecclusiastics".  © 1996-2021, Dusty Groove, Inc.
(Cover has light ringwear and small center splits and some wear at the bottom seam.)