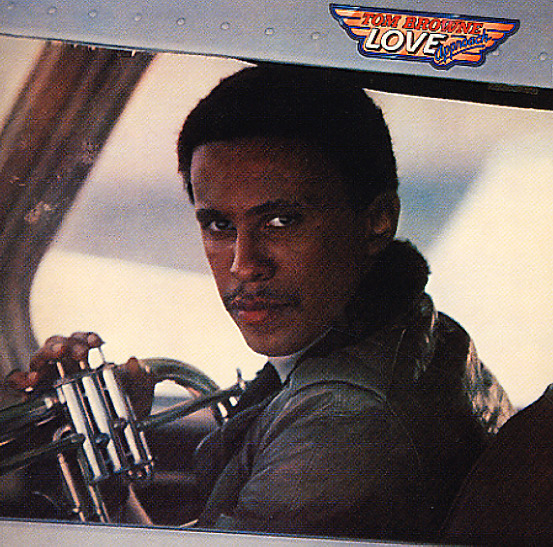 An early gem from trumpeter Tom Browne – a set that not only firmly established Browne as one of the best young players of his generation, but which also paved the way for a whole new direction for jazz funk in the 80s! The record is a perfect example of how great the mix of R&B rhythms and jazz fusion instrumentation could be – groovy enough to capture a whole new audience from the soul market, but still more than respectful of the solo talents of the leader – but all without any attempt at smooth jazz commercialism at all! There's some great hard funk moments on the set – and Browne approaches the music in a way that's nicely different than Donald Byrd or Freddie Hubbard, two older players who first helped forge this sound in the 70s – and whose path Tom's clearly taking, but with new directions of his own. There's almost more of a street-worthy vibe to the set – quite a surprise if you only know later records on the GRP label – and the arrangements are by Tom, Weldon Irvine, Lesette Wilson, and Dave Grusin. Titles include the funky classic "Funkin' For Jamaica", plus "Her Silent Smile", "Moon Rise", "Nocturne", "Forever More", and "Weak In The Knees".  © 1996-2020, Dusty Groove, Inc.
(Non-gatefold pressing. Cover has some ring & edge wear, light stains and some peeling along the sides, and a flaky spine.)

On The Corner
GRP, 1989. Near Mint-
LP...$7.99
Wow, that's a very young John Patitucci on the cover – and he gets help here from Chick Corea, Michael Brecker, Al Foster, Kirk Whalum, and other fusion heavyweights! LP, Vinyl record album