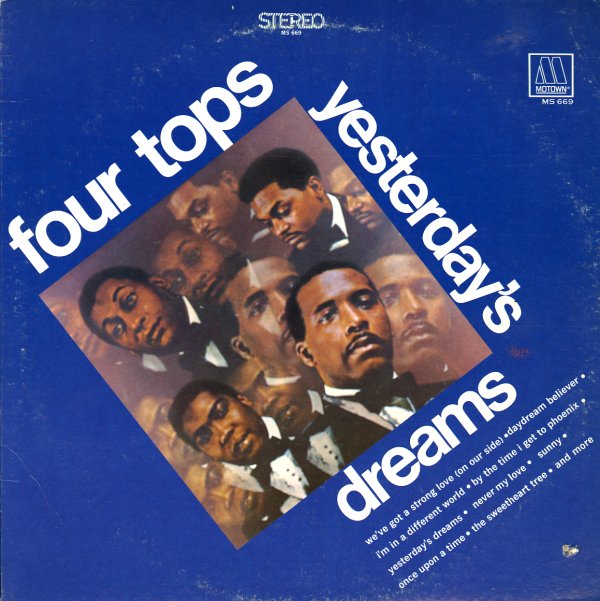 A mix of pop and soul – but in the hands of the Four Tops, just about any song takes on a new soulful life! The record features their minor hit "Yesterday's Dreams" – plus groovy versions of "Sunny", "Never My Love", "Daydream Believer", and "By The Time I Get To Phoenix". Also includes nice lesser-known material like "Can't Seem To Get You Out Of My Mind", "Once Upon A Time", and "I'm In A Different World".  © 1996-2023, Dusty Groove, Inc.
(Stereo pressing with deep groove. Cover has a cutout hole and light wear.)

Nature Planned It
Motown, 1972. Very Good+
LP...$8.99
Why did Motown ever let the Four Tops get away? This album was their last for the label – and it's an excellent one, filled with soul, sweetness, and some of the best arrangements the group had in their later years! The soul component is super-high – with tight group instrumentation ... LP, Vinyl record album

Meeting Of The Minds
ABC, 1974. Very Good+ Gatefold
LP...$5.99 7.99
A pretty great little album from the Four Tops – the kind of excellent sleeper that shows how strong the group stayed year after year! At some level, the album's got a similar relation to the group's Motown career as do Lamont Dozier's albums at ABC – and the arrangements by Gil Askey, ... LP, Vinyl record album