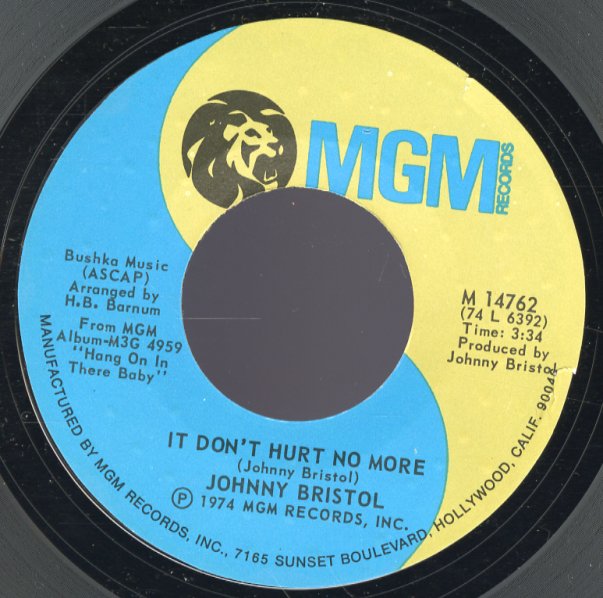 Killer stuff from Johnny Bristol! "You and I" is one of his best early tracks – and it begins with this tight hard drum sound that's right out of Barry White's best funky tracks, and which works perfectly for Johnny's sweet soul vocals!  © 1996-2021, Dusty Groove, Inc.
(In an MGM sleeve.)