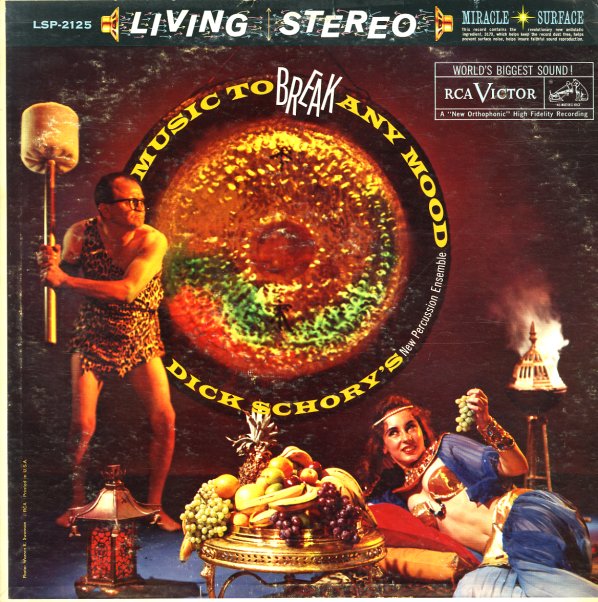 Music To Break Any Mood

Classic bachelor pad listening! Dick Schory's percussion ensemble lays out a bunch of wild loopy tracks with percussive touches, and the kind of hi-fi groove designed to split your speakers (or break your mood, as the case may be!) Lots of drums, bells, gongs, cymbals, and other percussive instruments – on tracks that include "Safari Anyone?", "Foggy Day", "Tortilla", "Fascinating Rhythm", and "Caravan".  © 1996-2022, Dusty Groove, Inc.
(Living Stereo pressing with deep groove. Cover has some wear and aging, with a half split top seam held with clear tape.)