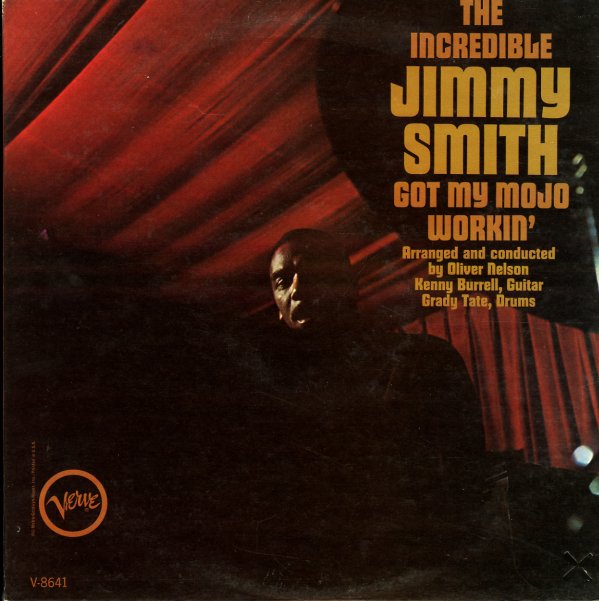 The title's a bit bluesy, and the record is too – one of the grittier collaborations between Hammond legend Jimmy Smith and ultra-hip arranger Oliver Nelson – who manages to make the whole thing come across with all the right soul styles in the end! There's definitely a nod to the electric blues of Chess Records and Chicago, but the approach is more sculpted in Nelson's tight, swinging big band modes – which snap along in the background, as Jimmy takes some freewheeling solos on Hammond that are outta sight – and even vocalizes occasionally along with his grooves – in a grunting, bluesy sort of way! Rhythm is augmented strongly by Grady Tate on drums and Kenny Burrell on guitar – and titles include "Mustard Greens", "Hobson's Hop", "Got My Mojo Workin", and "High Heel Sneakers".  © 1996-2021, Dusty Groove, Inc.
(MGM pressing.)